When you were a kid, did you like telling ghost stories and watching scary movies? Do you like a good vampire story and are you not afraid to enter abandoned buildings? Then you’ll love to find out more about Bali’s abandoned places, considered to be haunted… You can save this page to your Pinterest board for later. Feel free to follow Bali Buddies Blog’s boards and get the latest pin directly from there as well.

This 8-hectare amusement park near Sanur, southeast Bali, was once built with the aspirations to become the Southeast Asian answer to Disneyland. Rumor has it that the park never opened its doors for the public; disaster struck before anyone could enjoy this multi-million-dollar entertainment destination.

Different sources tell different stories; whether the laser equipment was damaged by lightning or that the developers ran out of funds before opening, the amusement park looks more like Jurassic Park than like Disneyland.

The park is open for public now, and though the ticket office is unmanned, a security guard will somehow show up and ask for an IDR 10,000 entrance fee per person. They will also tell you that you have to leave the park before noon because that’s when the ghosts appear and you’d rather not be locked inside with them. We believe the guards rather spend their lunchtime in a local restaurant and therefore want the premises to be free of tourists at noon, but that’s our theory, we didn’t test it and left the park before twelve.

One of the legends says that there used to be crocodiles in the park who were left abandoned together with the rest of the park. For a while, those reptiles were fed chickens by the local community, but at some point, they stopped doing this and the crocodiles resorted to cannibalism. Logically, one should still be around (survival of the fittest), but we didn’t run into it, thankfully.

The cinema is pitch dark and has plenty of holes in the ground; a flashlight comes in handy. Although you might not want to wake the hundreds of bats, residing in this abandoned building… Take photos with your flash on and you’d be surprised to what you see on the image. You’d feel like a real ghost hunter! Or perhaps you want to leave the building as fast as you possibly can.

Walking around the park makes you realize that in the end nature always wins. A lot of buildings are overgrown with trees and plants and are now home to bats, mosquitos, lizards (some very big ones) and a few stray cats and dogs. Visiting Taman Festival makes for a nice experience, but we wouldn’t recommend taking children here. Best be accompanied by a few good friends, who love to add-on to the freaky experience by exaggerating the scariness of abandoned places. All the way up in the mountains in the highlands of Bedugul, an abandoned hotel can be visited for a scary afternoon out. The hotel is also known as the Ghost Palace Hotel and was built by Tommy Suharto, the youngest son of former Indonesian President Suharto. The aforementioned was sent to prison though, and construction of the hotel came to a halt and was never finished.
In the spirit of ghost stories, we also share some of the other theories. A few say that the project became cursed because of corrupt business practices by the real estate developers. Another story tells us that the hotel was fully operational, but that all staff and guests mysteriously disappeared on the night of the opening.

Some people believe that wandering around the hotel grounds will lead to encounters with spirits of the victims; either laborers who died during construction or competitors who were cursed to horrible deads… Don’t we all love abandoned places?
To enter the hotel, you’ll have to jump over the fence as the main entrance is closed. But no worries, the security guards will spot you early on and they will guide you to the point of entry, happy to take your entrance fee, which is IDR 10,000 entrance fee. The hotel is overgrown by vines, trees, moss, and bushes and the once so beautiful tiled-floor is filled with dust and mud. You are free to walk around and we recommend going to the terraces, the lobby, and the rooms. If only this hotel had been finished, it would be a great place to sit back and relax while taking in the spectacular mountain views. We’ll guess that’s a privilege of the spirit- and ghost- residents now. Other Abandoned Places in Bali

On a fine day in July 2008, when the famous Rip Curl Padang Cup (Indonesia’s longest-running surfing competition) was held, a huge shipping vessel was spotted right in front of the coast. It turned out the ship ran aground during that night; the captain and crew remain unfound until today. The story goes that the ship was caught on illegal fishing expeditions in the past, earning money through unlawfully means; there are even stories of murder! When the captain was called to take responsibility, he tried getting the ship back to the open waters, but chickens always come home to roost and the ship was laid to rest by unknown assailants, on the reefs of Padang Padang.

If you ever wished for a doll, it certainly wasn’t for a jenglot; a mysterious doll of the likes of a vampire. Locals say a jenglot is a terrifying beast that resembles a human fetus. It drinks blood and takes fully control over its victim. Legend has it that when someone is controlled by a jenglot he or she could be put up to suicide or even to commit murder.

Muaya beach in Jimbaran is known for its white sandy beaches, and popular among tourists. Not only for sunbathing and swimming, but also for jogging. Until… a couple of runners found two jenglot on the shoreline. Luckily, Jero Mangku, a traditional healer, managed to neutralize the power of the mysterious creatures and ever since no jenglots were spotted on this fine beach again. 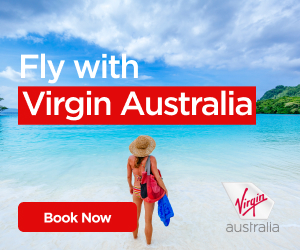 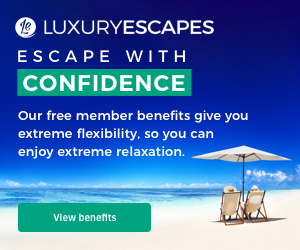 PS. Some links in this blog are affiliate links and if you make a purchase, at no extra cost to you, we receive a commission. We thank you in advance as it helps to keep this website going.

Bali Buddies is a participant in the Amazon Services LLC Associates Program, an affiliate advertising program designed to provide a means for sites to earn fees by advertising and linking to Amazon.com and affiliated sites. TT Beach Club (formerly Cattamaran Beach Club) hasn’t even been open a year, but it has already built up a reputation as one of the Bukit’s best day clubs. In the Spotlight: Hotel Indigo Seminyak

Located at the southern part of Bali, Seminyak is home to some of the most beautiful resorts in the region. This comes at no surprise, with the dazzling stretch facing the Indian Ocean being the perfect setting for a beautiful oasis like Hotel Indigo. Hitting that magic 100% occupancy rate is little more than a dream for most hotels. But Ini Vie Hospitality’s newest property, Astera Villa Canggu, has done just that since opening in November last year. Aloft Bali Kuta at Beachwalk, One Stop Spot for Stays, Shopping & the Beach!

Located right beside the largest lifestyle complex in Bali, Beachwalk Shopping Mall, 15-minutes drive from the international airport, just a few steps away from the phenomenal sunset and surfing beach, Kuta, Aloft Bali Kuta is all about location! Our Favorite Bali Spa Experiences in 2022

No trip to Bali is complete without indulging in some self pampering. Here’s a list with our favourite spa experiences in Bali. Dive One Give One, Conserve The Coral Reefs

Between 2009 and 2018, the world lost about 14% of its coral reefs, due to the rising sea temperature. That is more than the size of all of Australia’s reefs combined. Let’s think about that for a second…

We are your insider’s guide to all things Bali A fun weekly look at what is really happening in Bali. Emma & Karlie share interviews, tips, travel news & more. We’d love you to have a listen, subscribe & share.

We use cookies on our website to give you the most relevant experience by remembering your preferences and repeat visits. By clicking “Accept All”, you consent to the use of ALL the cookies. However, you may visit "Cookie Settings" to provide a controlled consent.
Cookie SettingsAccept All
Manage consent

This website uses cookies to improve your experience while you navigate through the website. Out of these, the cookies that are categorized as necessary are stored on your browser as they are essential for the working of basic functionalities of the website. We also use third-party cookies that help us analyze and understand how you use this website. These cookies will be stored in your browser only with your consent. You also have the option to opt-out of these cookies. But opting out of some of these cookies may affect your browsing experience.
Necessary Always Enabled
Necessary cookies are absolutely essential for the website to function properly. These cookies ensure basic functionalities and security features of the website, anonymously.
Functional
Functional cookies help to perform certain functionalities like sharing the content of the website on social media platforms, collect feedbacks, and other third-party features.
Performance
Performance cookies are used to understand and analyze the key performance indexes of the website which helps in delivering a better user experience for the visitors.
Analytics
Analytical cookies are used to understand how visitors interact with the website. These cookies help provide information on metrics the number of visitors, bounce rate, traffic source, etc.
Advertisement
Advertisement cookies are used to provide visitors with relevant ads and marketing campaigns. These cookies track visitors across websites and collect information to provide customized ads.
Others
Other uncategorized cookies are those that are being analyzed and have not been classified into a category as yet.
SAVE & ACCEPT